A Photographic Journey through Turkey

The photographer Attila Durak was born in 1967 in Gümüşhane, Anatolia. Since early 2000, he has been busy with portraying the different ethnicities and sects that populate Turkey - his pictures captured them eating, praying, dancing, playing music, laughing, reflecting, and
wondering, indoors as well as outdoors, alone and in groups. 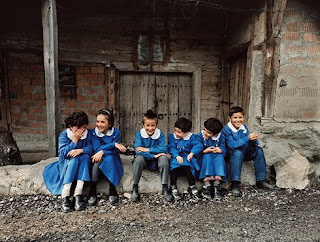 In "The Project Ebru: The Story of a Journey", Durak not only gives an informative account of how the project came into being but also describes how he became interested in photography. By accident, really. When at university, he took a course in photography because it looked like the easiest way to increase his grade point average but he then found that "for that year I did nothing but take photographs, and I had no desire to do anything else. By the end of the academic year, a life without photography was simply unfathomable to me. During that same period, I took the overland route to Egypt and stayed there for about a month. That particular journey led me to discover something about myself: I liked, and actually preferred, going to different countries and photographing people that I found to be different." 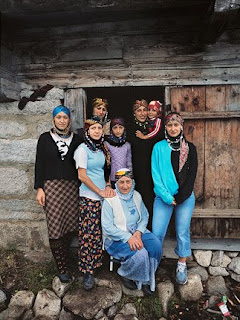 © copyright 2003, Attila Durak
In 1996, Durak immigrated to New York, "a city of eight million people from different lands and cultures, speaking more than 100 different languages and believing—or not believing—in hundreds of different religions and denominations, and all living together. One third of this population is comprised of first-generation immigrants from approximately 200 countries. In the City’s restaurants you can taste the cuisines of every country of the world, and in its arts centers, parks, subway stations, and streets, you can listen to the music and watch the dances of the most unexpected regions and peoples. As Henry David Thoreau said, everyone “hears a different drummer” in New York. Yet it can hardly be said that they remain indifferent to the beats of other drums in the process. It is also common to find that different beats have mixed together to create entirely new sounds. While Americans often employ the “melting pot” metaphor in describing the cultural diversity in the United States, this “melting” aspiration hasn’t had much of an impact upon New Yorkers. There, if it’s meant to be, time gets the job done; and if it doesn’t, nobody could care less. That’s why New Yorkers prefer the “mosaic” metaphor to describe the culturally diverse fabric of their city. This particular metaphor is their way of explaining that the many and varied peoples who co-exist here may, if they like, maintain their own constant, invariable colors without having to mix and mingle their hues with those of others." 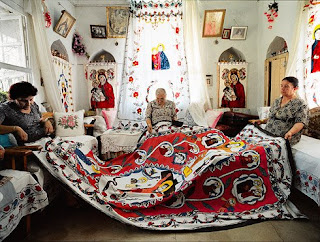 What one observes and experiences in places far from home often makes one become curious of home. And this is precisely what happened to Attila Durak - "the multitude of colors and voices in New York ignited my desire to explain the cultural diversity of Turkey via photographs".

When working briefly in Istanbul (in 2005), I felt deeply impressed by the cultural variety of the city, and of the places nearby. I howewer wasn't aware that the variety was that vast - the Ebru Project was an eye-opener. Actually, it was more than that: it was a heart-opener - it made me look with sympathy at the people portrayed, it made me like them. 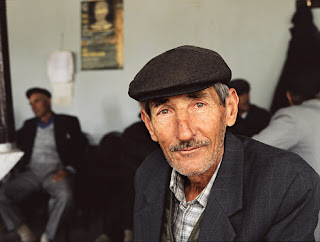 By the way: "The English translation of “ebru” is “marbled paper,” which refers to the fluidity of paint and water on paper. With its creative combination of water and paper, “ebru” inspires the possibility of conceptualizing historical flow and “passing solidity” at the same time. As such, it is a metaphor that offers a promising alternative to others like “the mosaic” or “the quilt” for thinking through the new and old dilemmas of cultural politics at the turn of the century."