Let me confess: I approached this tome with a certain amount of scepticism for I've been often to Havana and didn't think it appropriate for the kind of coffee-table book that I expected ... „the charm of a decaying city ...“ and stuff like that. This one however is not of that kind. 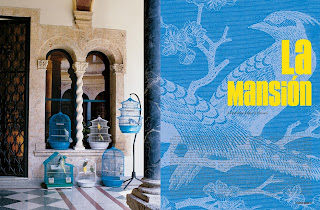 Okay, a coffe-table book it is. And a remarkable one at that. That comes hardly as a surprise for Taschen-books are almost as a rule remarkable. So why do I feel like pointing it out? Because it shows you a real indoors Havana (some parts of it) and not a polished version of it. That does not mean that what was photographed was not presented in good light – it was! – , that means that we get to see how the interiors of some buildings in Havana actually look. Don't get me wrong, this tome isn't a classical documentary and so you do not get to see Soviet-style apartment blocks or the all-too-familiar shots of a pig in the bathtub. What you however get to see is: 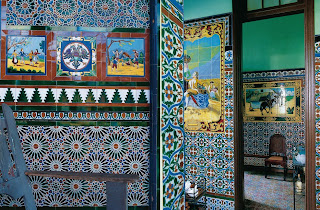 An introduction into Cuban ambiance that starts with billboards of Fidel (Patria o Muerte) and Che (Hasta la victoria siempre) as well as a little bit of history (Organización en la Sierra Maestra) presented in the form of a graphic novel, and some basics about Havana.

Then follow a distinguished example of Cuban baroque (La Casa de la Obra Pía), the Palacio de los Capitanes Generales, La Bodeguita del Medio and and and ... good coventional photography, all of it, with an emphasis on place (the people that happen to be in the pictures are shown blurred – in order to not distract from the location shown, I suppose). 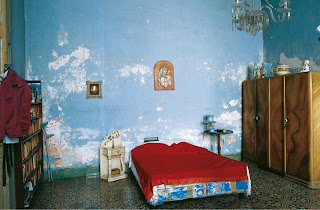 My favourite shots were the ones where you could see the paint come off the walls (the one above for instance), not least because you would not expect such pics in a coffee-table book.

"Inside Havana" is a truly informative book: you will learn about the hottest spot in town for ice cream (Heladería Coppelia), the Hotel Habana Riviera (where the Mafia met in the 50s and I spent time, in the coffeshop and at the pool, in the late 90s), the Club Náutico (with the most impressive colours) and and and ... the only deplorable thing about this tome is that many of the texts (unfortunately, quite some were printed on strong colours such as red and blue) are barely readable.