It's probably twenty years since I've last been to Chiang Mai and, needless to say, the city has considerably changed and is by now, I'm told, four times bigger than it then was. There are however also things that feel pretty much the same - the early morning hours, for instance, that I feel attracted to because of the light, the calm, the people sweeping their house entrance ... I love taking part in how a day comes into being ... 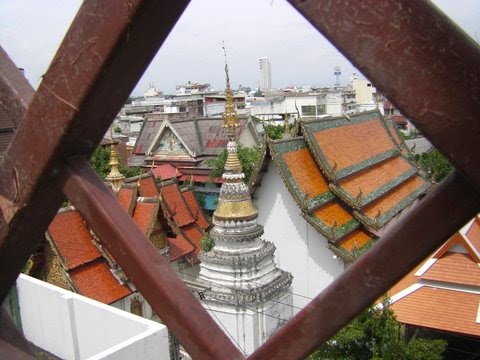 I almost always feel good in Thailand. I like the climate, the food, and I like the people. It's to do with their easy-going manners. Many years ago, I landed at Phitsanulok airport. There was no bus, no taxi, no tuk tuk. I asked an airport official how I could get to town. Moment please, she said, left the room and came back after a few minutes: My master will drive you, she let me know. Her master turned out to be the airport chief who wanted to know what my plans were. I think of going to Mae Hong Song, I said. How? By bus I think. No good idea, he informed me, many curves. You better do it the Thai way. And what is the Thai way? Easy, he said, you fly. And that is what I eventually did. 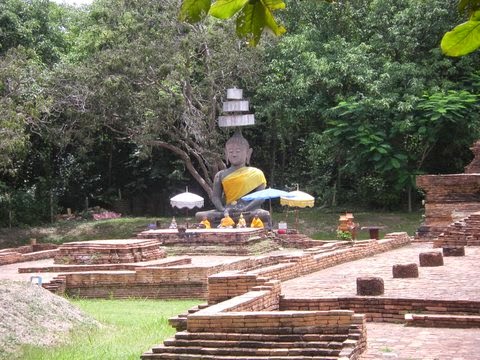 Some weeks ago, the military took over governing the country, there are soldiers on the streets, they appear friendly. A charm offensive, comments a New Zealander who welcomes the military presence. It was really dangerous in Bangkok before the coup, he says.

A lady in her sixties from Geneva tells me that the Swiss embassy in Bangkok discourages tourists from visiting. It wouldn't occur to me to seek advice from an embassy when wanting to know what is going on in a country. 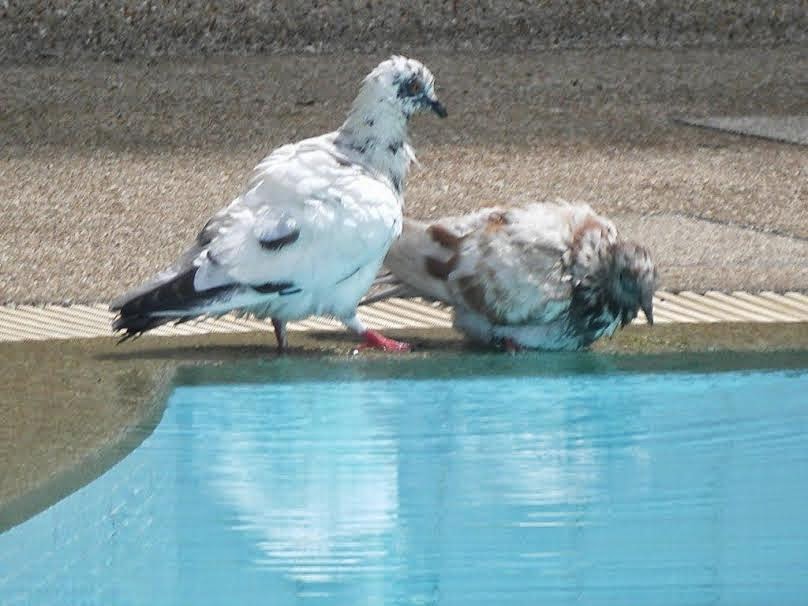 At the hotel swimming pool: A cute couple in their early twenties from Scotland - he's very white, tattoos cover almost his entire body, she's got light-brown skin and a tattoo on her left thigh - ask me whether the water in the pool is cold. I'm not sure whether they are joking but they are not. About 23 degrees, I would guess. Too cold, says the young guy, his girlfriend eventually jumps in and survives.

Carol Hollinger, in her wonderful Mai Pen Rai Means Never Mind describes how the school where she was teaching went on a trip to the sea. The totally overloaded bus was eventually stopped by a police officer ... who objected that the number plates were upside down. 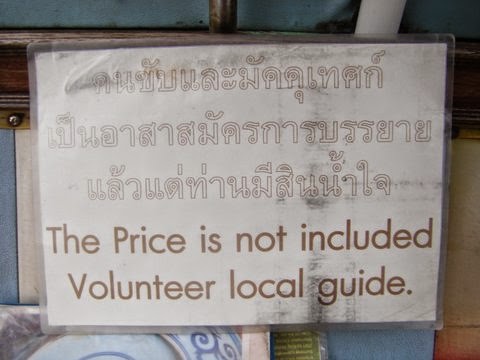 In order to understand Thai mentality, it is useful to have a closer look at Thai traffic. To be sure, there are rules but don't count on them being diligently observed. It would be against Thai mentality to enforce traffic rules, I remember a Thai police general once saying. Another Thai general, many years ago, suggested that to avoid traffic jams all traffic lights should be permanently put on green.

Muddling through does not seem to be an option in business plans, Chris Patten, the last Governor of Hong Kong, wrote in East and West, it is however good advice for surviving Thai traffic. Moreover, it will help you go through it creatively and elegantly.