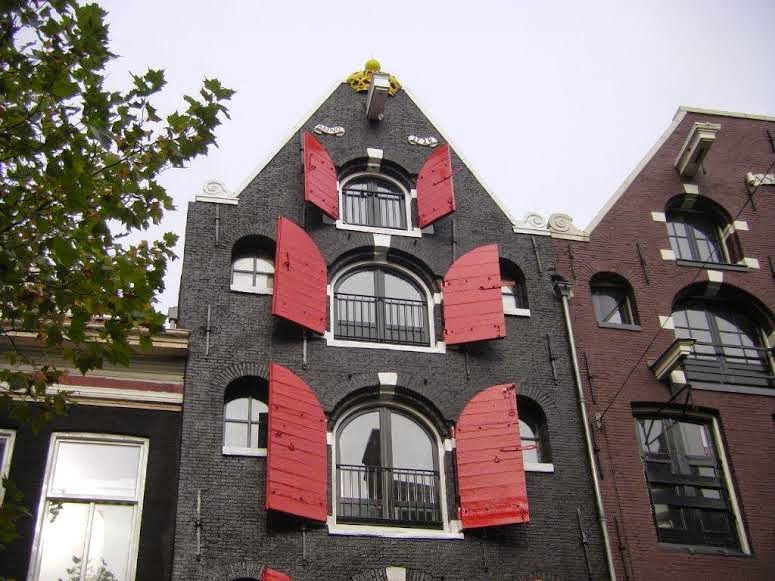 At Schiphol airport, a middle-aged woman who speaks a language I cannot really place (something Eastern European, probably a Southern Hungarian dialect) waves a piece of paper in front of my nose, points at the barcode on the paper and makes gestures that indicate I should talk to the ground hostess on behalf of her. The ground hostess asks whether I speak Spanish (the next plane is due to leave for Barcelona) but the woman I'm sort of representing says no, no Spanish and is then told (the ground hostess jots it down next to the barcode) to go to transfer 3 ...

It's warm and sunny, lots of people are on the streets. Holland is a very densely populated country, the same size as Switzerland with a population twice as big as the Swiss. 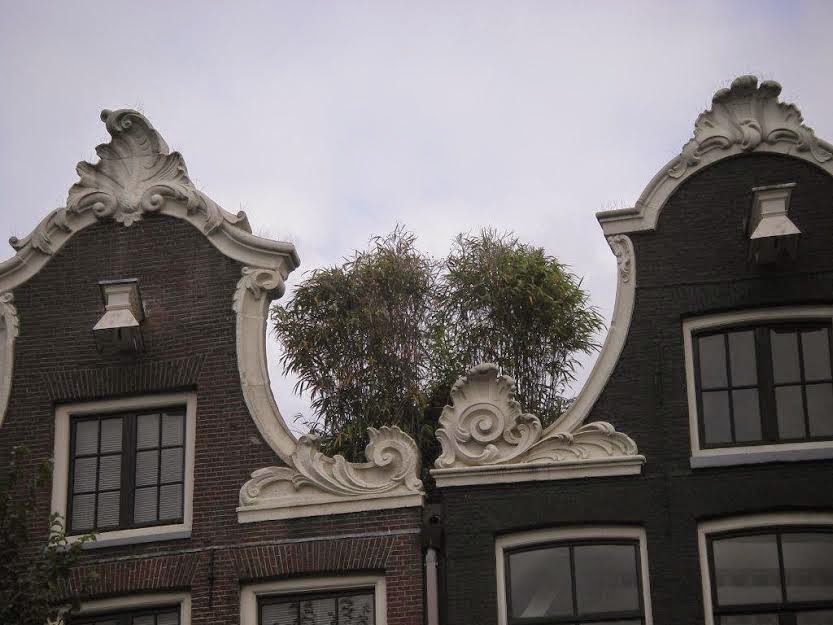 The shuttle bus from my hotel to the airport leaves every 30 minutes. Shortly before the scheduled departure time, an Italian man in his fifties is getting nervous, he consults his watch and when the bus doesn't arrive exactly on time he heads towards the reception to complain. I feel slightly irritated when Italians behave more Swiss than the Swiss and readily admit that I expect them to meet my expectations and be good-looking, well-dressed, loud and chaotic.

The young man says he's from the Czech Republic and wants to know where I'm from and whether I'm alone here, have family and and and  ... Could I take a photo of him? He hands me his camera, I focus on him ... when all of a sudden two big guys are standing next to us. "Police", they say, "where are you from, can we see your passports?" They check the passport of the Czech, they see my red one and don't bother checking it. "Please show us your money", they say. We do as we are told. I ask why they check our money. There are quite some people coming to Amsterdam in order to buy drugs, they say, and people with lots of cash are usually in that line of business. 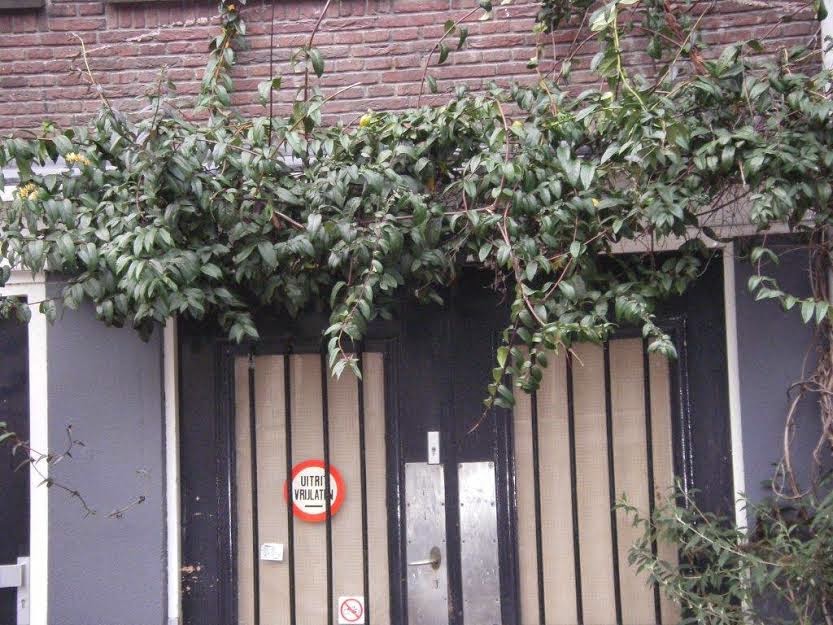 The Foam Photography Museum at Keizersgracht showed "Under Construction - New Positions In American Photography" as well as "Shadows, Patterns, Pears" and "Close Surrounding". I could not only have done without these exhibitions (what the titles suggest, you get to see: utterly pretentious stuff) but strongly felt that this was very probably my last visit to a museum.

At Schiphol airport, on the day of my departure, I spotted a sign that read:
Smoking area.
Inside Sportscafé
Posted by Hans Durrer at 00:01