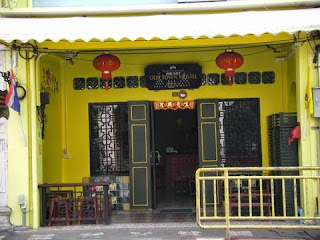 On my flight to Singapore, the kids of a French-speaking couple are pretty loud, especially the cute girl of about two makes herself much heard at regular intervals, the parents do not intervene. One of the flight attendants smilingly distributes ear-plugs to the passengers in the next row.

While boarding the plane to Phuket, a short, and rather stocky pilot, who looks about 23, is running alongside the embarking passengers towards the plane entrance ... he is my first sweating, out-of-breath pilot; I've always imagined them tall, somewhat superior, and fully in control.

Phuket Town seems to be a paradise for dentists. Dent Center reads a sign, Dental Home Clinic another, and then there's also the Dental Master. 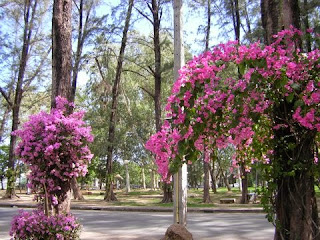 The tourists that I meet are from South Africa, Zimbabwe, Poland, and the North of Thailand. The Russians of recent years seem to have been gone. The young man who shows me around one of the hotels that I'm checking out says that there are lots of Chinese guests. Loud? I ask for I had seen them storming the buffet at another hotel not so long ago. Yes, he smiles, but they are on the first and the second floor, you would be on the third.

Like everywhere else in Thailand, taxi services are offered wherever you go. I remember a Thai teacher who, when asked how one should respond to taxi drivers who shouted at every corner: taxi, taxi, where you go?, said, well, you simply ignore them. If that doesn't help, you could still say pai rong pak because no taxi driver wishes to go there. And, what does that mean? I'm going to the police station, the teacher smiled. 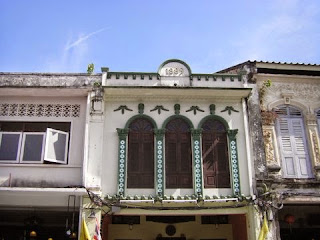 Where do you get off? the Thai woman next to me on the bus wants to know from the woman sitting opposite. I'm not Thai, I'm from the Philippines, she says in Thai (which is about as good as mine - virtually non-existent, that is) and I feel reminded of this: Two young women, one Irish, very white, red hair, fluent in Thai (she grew up in Bangkok), the other a Filipina from Manila, indistinguishable from a Thai, fluent in English but speaks no Thai at all, get into a taxi. The taxi driver addresses the Filipina (he thinks she is Thai) in Thai and gets angry when she responds in English. The Irish girl tries to explain (in Thai) but is cut off by the taxi driver who does not want to be lectured by a Farang. And, above all, he surely does not accept such an arrogant fellow Thai who refuses to speak their common language with him ...
Posted by Hans Durrer at 00:01

I know what its like to be a farang - very demanding and difficult. After ten years learning to speak, read and write THai I have given up. For Thais I shall always be just a farang!
Urs Boeschenstein

Thai students returning from a visit to California were once asked about their impressions: that there were so many farangs there ...;-) ...