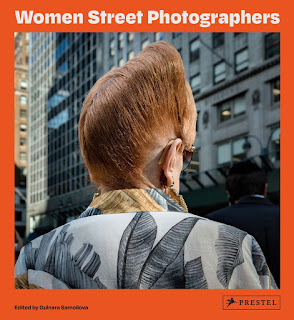 Difficult to imagine a definition more vague ... Melissa Breyer dryly comments: „While the discourse over what comprises street photography may endure into eternity, the body of work by Staten Island resident Alice Austen could serve as a model for the genre itself.“ And while I do agree for she „took photos of anything and everyone that interested her“, I also believe her approach to be a good recipe for any kind of photography – and so I decide to simply look at the photographs in this tome and see what they do to me.

But before embarking on this visual adventure, I feel like quoting Melissa Breyer again who decrribes what gave birth to photography:„..a French inventor by the name of Nicéphore Niépce was looking for a way to make images without having to draw them.“ I've no idea whether this really was Niépce's motivation (I always wonder what makes people think they know the motivation of others – I cannot even figure out my own), but I love the story and so I like to think it was his motivation.