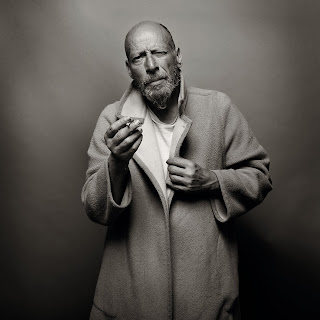 Copyright@Roger Eberhard
"Homelessness - one of the topics we tend to think concerns only others: people who failed for one reason or another; people who are not in control of their lives; people who we think are fundamentally different from us. Yet are they?"

This is how Karen Sinsheimer begins her foreword into this most impressive collection of photographs of - we are told - homeless people. I have no reason to doubt that what my eyes are showing me are indeed homeless people but I probably wouldn't have guessed so had I not been told. As photographer Roger Eberhard opines: if you place people in front of a grey background and photograph them in proper lighting, "you cannot tell that their social standing differs from ours." Right, and Eberhard has done a superb job in demonstrating just that. What however slightly undermines his convincing accomplishment is the fact that all the people portrayed (the vast majority are men) are made known only by their first names - Reg, John, Edward, Hugo and so on - whereas photographer, curator and essayist, the other contributors to this tome, are introduced with first name, family name, the year they were born (and where), some of their accomplishments etc. etc. In other words, giving me a bit of background of the lives of the people shown here would have been more than just a good idea, it would have been helpful.

From Karen Sinsheimer we also learn that Roger Eberhard "made a contract with and paid each participant" and that "each person was given free rein to pose and offered the opportunity to include any props or significant others they desired." I briefly wondered whether the dog one guy was holding would be considered a prop or a significant other ... well, come to think of it, probably both. 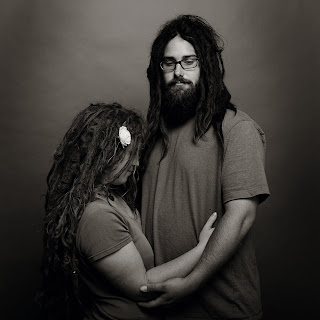 "Roger Eberhard sees the people he portrays the way they want to be seen and portrayed. He sees their dignity ... They are happy top be preceived and to recognize themselves in the perceptions of others", writes Bernhard Schlink in his essay - and that is exactly what I also felt when looking at these photographs.

"In good light" invites us to look at people we usually tend to ignore. Spending time with these photographs brought homeless people in the streets of San Francisco to mind. I had looked at them in passing and briefly wondered how they lived. However, I hadn't paid as much attention to them as I had to these photographs.

"The camera is an instrument that teaches people how to see without a camera", Dorothea Lange once said. To which I would add: Looking at photographs can teach us to look at the real world with a changed perspective. And that is certainly true for these photographs of homeless people.