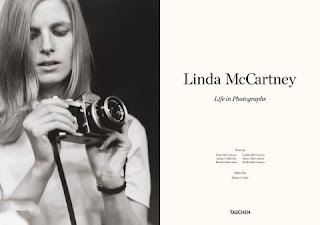 "Photographs", writes Martin Harrison, a historian of art and photography and an exhibition curator, "inherently provide us with privileged access to spheres of memory, and this anthology constitutes a memorable cumulative record of fleeting instants mediated through the eyes of a unique camera-woman. Linda's compelling photographs acquire fresh layers of meaning and increased significance with the passing of time“.

True, although a bit vague, I'd say. "A memorable cumulative record of fleeting instants?" This remark of Adam Johnson (in: Parasites Like Us) comes to mind: "Moments are fleeting? I sounded as dramatic and fake as the romantic poetry glued to English teachers' in-boxes."

So, let's try another approach. Interested in rock music and pop culture? Then this work is a must! Because you'll get to see rare and, at times, formidable shots of Janis Joplin, Brian Jones, Frank Zappa, Michael Jackson and and and ... Yet it is not only musicians that are shown on these pages, there is also, for instance, a truly touching shot of Johnny Depp and Kate Moss (London, 1995) and one of Steve McQueen and Ali McGraw (Jamaica, 1973) and again and again quite wonderful pictures of horses. 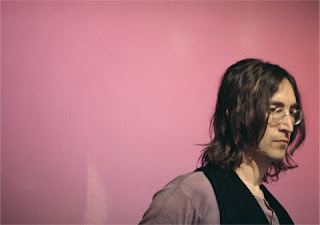 Photographs are essentially triggers. When looking at this pic of John Lennon, I was reminded of the time when I wore glasses such as his, looked often at least as pensive as him while trying to figure out who of the Beatles I should decide to like best.

At that time I wanted to be a musician – it was the time when everybody (by this I mean: the ones who I then took seriously) wanted to be musicians. For music is the celebration of the moment - and photographs provide us with the illusion that we can freeze the moment. Since, as the Buddhists say, the only permanent thing is change, to stop time isn't really possible yet photographs make it appear so. 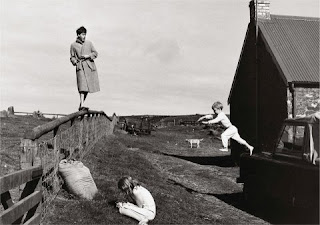 Copyright @ Taschen
Occasionally, I felt like tearing a pic from the book, put it into a frame and onto my wall - the one of Twiggy (London, 1969), for instance. At other times, I wondered why some images (quite ordinary family shots) had been included.
Anyway, photographs allow us to be voyeurs. As A.M. Homes (in: The Mistress's Daughter ) once penned: "It's easier to really look at someone in a photograph than in real life - no discomfort at meeting the other person's eye, no fear of being caught staring."
It is a pleasure to look at the world through Linda McCartney's lens.
Linda McCartney
Life in Photographs
Taschen, Cologne 2011
Posted by Hans Durrer at 00:01