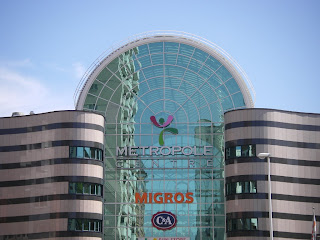 Recently, I went to see again the city of La Chaux-de-Fonds. It was my third visit, I wanted to check whether some of my mental pictures of the place were accurate. They were, well, more or less - I remembered a glass cupola of the Migros, for instance, discovered however that it wasn't really a cupola, and not exactly of the Migros but the very special glass-roof of a shopping center with lots of different stores.

I do not know another Swiss town in which streets run at right angles to each other - and that surely is part of what I like about La Chaux-de-Fonds. And, although I'm perfectly aware that I'm in Switzerland, I do not really have the feeling that I am. 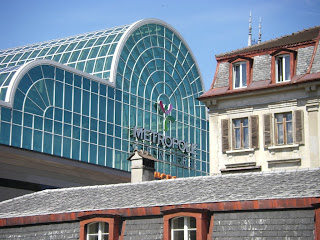 Near the train station, I came across a building on which was written "Stadtmission" and in the city centre there was a market where I saw fruit and vegetables and smelled fish. I also spent some time in a park but apart from that I was simply walking up and down some streets, concentrated on my body, let my eyes wander and enjoyed the sunny day. 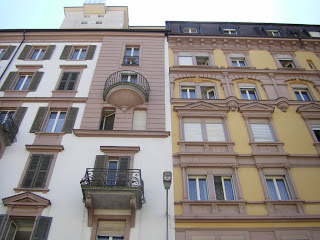 Back home again, I began to wonder where I had actually been. Wikipedia informed me that La Chaux-de-Fonds is located at an altitude of 1000 m, a few kilometres south of the French border and the third largest city of the French-speaking part of the country, with a population of (as of December 2010) of 37,523.
"The city was founded in 1656. Its growth and prosperity is mainly bound up with the watch making industry. It is the most important centre of the watch making industry in the area known as the Watch Valley. Completely destroyed by a fire in 1794 La Chaux-de-Fonds was rebuilt following a grid street plan, which was and is still original among Swiss cities." 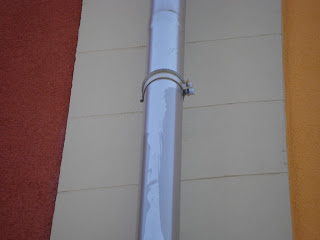