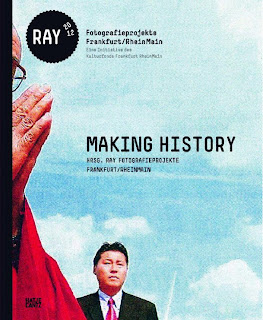 "The maker of images is the constructor of reality", I read in the introduction to this interesting tome. More often of media reality, I'd say. Nevertheless, the authors (Anne-Marie Beckmann, Lilian Engelmann, Peter Gorschlüter, Holger Kube Ventura, Alexandra Lechner and Celina Lunsford) make a good point by elaborating on the importance of images in war photography and claim that  "it was images that decided the outcome of the Vietnam War in the sixties". I've heard this argument before, I've often used it myself but I'm not so sure anymore. How would one prove that anyway? On the other hand, there is no doubt, of course, that the Abu Ghraib pictures had a tremendous impact on, and shaped, reality. 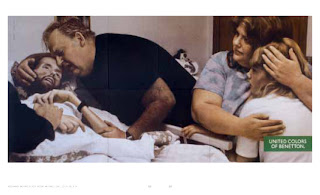 Most of what we know about the world, we know from the media. And despite us not having terrible confidence in these media, we nevertheless build our views of the world on them, the German sociologist Niklas Luhmann wrote. The same applies to images: we know we shouldn't trust them and still we do.

"Making History" deals with the artistic reflection of public images, it asks questions such as: "What artistic images thematize social ruptures, turning points, and changes today, and how do they do so? Can the artistic reflection of public images be regarded as a kind of contemporary history painting – or must we not regard our current media reality as such?“ 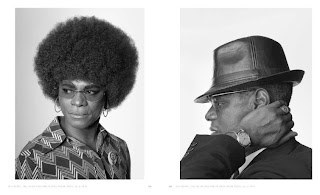 Many artists presented in this book "base their works on well-known media images of events and consciously work with the stamp they have left behind in the collective memory." With what purpose? In order to artisticly reflect on images that made history. I didn't think many of the works convincing, the texts were however often illuminative. An example: Manii Sriwanichpoom reconstructs two photographic icons from the coverage of the Vietnam War, the one that Nick Ut took of screaming children fleeing a napalm attack, and the one by Eddie Adams that shows General Nguyen Ngoc Loan executing a Vietcong-prisoner. Reconstructing here means that the protagonists are shown as consumers of luxury goods. The pics are supposed to be a critique of "the influence wielded by corporations on the economic and social development of individual countries". Clearly, these are strong and forceful images. Whether they really come across as a critique of corporations is another question. 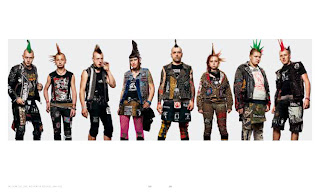 Lots of artists are present in this tome, among them Barbara Klemm, David LaChapelle, Martha Rosler, Oliviero Toscani, and Jeff Wall, and their works surely merit to be contemplated. Especially convincing I thought Barbara Basting's essay "The Power of Images is the Power of Filters" where I came across this pointed insight: "It is the visual oversimplification that makes history but also distorts it in the process."