My Avianca flight from Bogota was approaching La Paz airport at around 2.30 in the morning, the sea of lights below was fabulous, I felt enchanted. The taxi ride down to the city, from 4'200 to 3'300 meters, at high speed through empty streets, was another highlight.

It eludes me why anyone had thought it a good idea to build a city so high up but being here feels special and strange and good.

The altitude you can definitely feel, even moving up the stairs rather quickly will exhaust you. 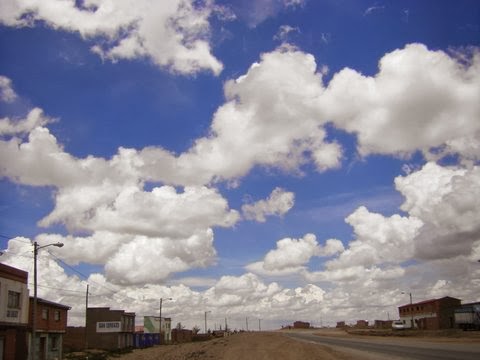 My friend Marcel, a La Paz resident from Solothurn, showed me around the city centre. Mostly ugly architecture; a square surrounded by impressive looking buildings and full of pigeons where people sit on benches and eat ice cream; quite some women wearing traditional clothes (I occasionally wondered whether I was in a documentary on Arte).

One hardly sees people not wearing something on their heads. I'm particularly fascinated by the bombin that to me looks like a reversed cup of tea on a saucer. Although I had seen photographs of women wearing it, it had never ocurred to me that they could be for real ...

The vibes in La Paz are similar to the ones one encounters in Switzerland, or in China: not exactly joyful, that is. Yet, also like in Switzerland, the people are usually friendly when talked to. 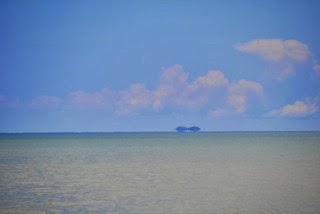 We travelled to Sajama, home to the highest peak (6'542 meters) in the country. I abandoned the climb after about an hour for I felt increasingly dizzy and did not see the attraction of feeling even more dizzy, Marcel and his two kids continued their climb for their objective was to touch snow.
Back at the Tomarapi Ecolodge, a local told me that pumas were roaming the area and occasionally attacked the llamas but only in the dark. I hoped that he was right.

Our drive to Cochabamba that, at 2'548 meters, enjoys a pleasantly warm climate, felt exceptional, not just for the scenery which is spectacular but also because riding at such high an altitude often filled me with the sensation of sitting on a cloud. Except when we drove through towns with names like Ayo Ayo and Sica Sica or looked at two or three-story buildings in the middle of nowhere, I felt like being somewhere in China … 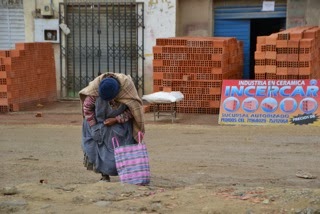 It is of course imperative for modern man to be inquisitive in regards to the whereabouts of the products one is about to consume. Asking a restaurant owner in Puerto Carabuco whether the chicken on the menu happened to be a "pollo local" was however likely overdoing things a little ...
Posted by Hans Durrer at 00:01