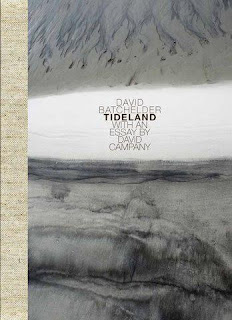 "David Batchelder made these photographs between 2010 and 2015 in the tidal zone on the beaches that fringe Isle of Palms, a small barrier island off Charleston, on the eastern coast of the United States. Unless you are an expert in geology or marine biology, you would not know this from looking at the images. Like much of our surroundings, these beaches could be many places in the world, and many more places in the mind", writes David Campany in his essay.

The images in this tome were taken by a hand-held camera that David Batchelder pointed downwards. "The camera records and makes permanent a world in flux", as David Campany states, and one might wonder what exactly the role of the photographer is? I mean, does holding a camera make you a photographer?

Yes, it does. If you are doing it regularly (and not just occasionally). As a Finnish photography student once said to me: I can bake but that doesn't make me a baker. Baking for a living is making me a baker. In other words, if what you are doing most of the time revolves around taking pictures then you are a photographer. 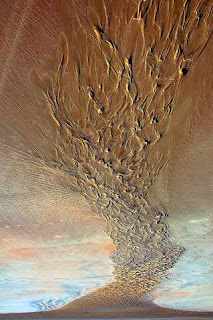 For more, see my review on http://www.fstopmagazine.com/
Posted by Hans Durrer at 00:01

Thanks for the critical notice of my book Tideland. The concern about what makes a "professional photographer" has interested me also. But, now that I am back doing serious camera work after being away from photography for 30 years, the more pressing question for me is: is there an aesthetic in photography? I am consumed by this question- aggravated when so often I see rather banal images presented in journals. Invariably these photographs are accompanied by a narrative that intends to give them significance and interest. These narratives in support of these uninspired photographs is so often so politically correct- a narrative of a shared biblical morality- thought to carry images devoid of creative effort. This reliance on a concept or idea as being more important that the power of the image is a contemporary conundrum...photography without an aesthetic. If I were to argue for a contemporary aesthetic, it would focus solely on the image. The photographer seeing and making something new and different that is visually interesting would be my criteria?

Again, thanks for the mention. I would have used your blog, but I do not belong to Google. Put this on, if you wish.