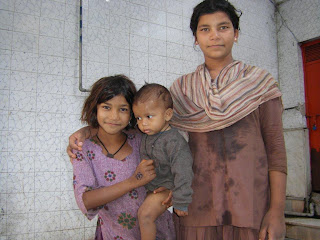 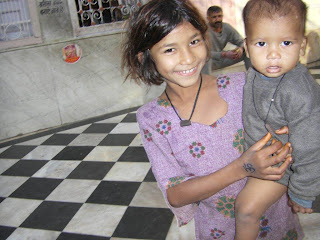 Copyright @ Hans Durrer
When I take pictures of people, I usually ask their permission and afterwards show them the pic. The girl to the left, after seeing her first pic, posed again and again and was very concerned that the little boy received a favourable recording. 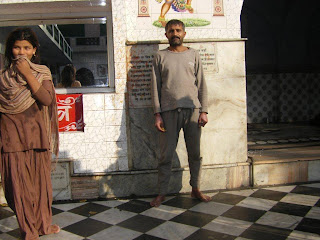 Ban Ki-Moon Korean says the Indian security officer at the baggage control in Terminal 3 of Delhi Airport to an Asian couple. Japan, they reply. No, the Indian says, Ban Ki-Moon Korean. Japan, the couple insists. I jump in and second the Indian. Japan, the couple is adamant. Finally it dawns on me: They are Japanese not Korean.
In my hotel, they let me use the hotel computer to check my mails. And so I sit behind the reception and write while the receptionist peers over my shoulder and openly reads what I'm penning, a hotel guest even ventures behind the reception to check on my writing.
Posted by Hans Durrer at 00:01

this is interesting. what did you do or say when these people were checking on your penning?