Paris, Portrait of a City 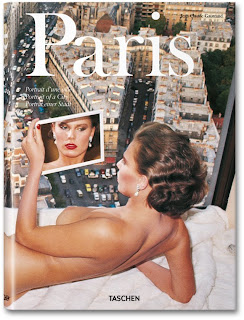 How wonderfully fitting to begin a photo-book on Paris by introducing the reader to Louis Jacques Mandé Daguerre's public demonstrations of his revolutionary invention: photography.

Paris, Portrait of a City presents the history of the French capital, "recounted in photographs ranging from Daguerre's early incunabula to the most recent images – an almost complete record of over a century and a half of transformations and a vast panorama soanning more than 600 pages and 500 photographs", as the publisher, Taschen, lets us know. Needless to say, that is impressive indeed. Unfortunate, however, is that the blurb refers to Paris as "the capital of love and photography". Apart from being almost beyond cliché, I keep on wondering what could make a city "a capital of love" ...? 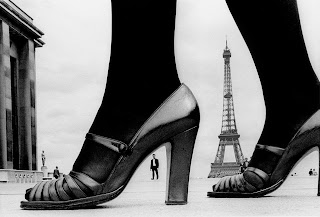 Most of the photographs in this tome are primarily historical documents – they show us what was in front of the lens at a specific point in time. Most of them I had never seen before, and to some I felt immediately drawn to. Among the few that were familiar are the ones by André Zucca, and I'm glad they were included, see also here.

My personal favourites, however, are the ones by Robert Doisneau – Juliette Gréco at the place Saint-Germain-des-Prés, for instance, or his pic of the Point d'Iéna in 1945. But then there are also the "Lovers in the Jardin des Tuileries, 1989" by Jean Claude Gautrand, or his "Pyramide du Louvre, 1988", or the masterly "Quai de Seine, 1968" by Bruce Dale, or the many truly exceptional shots by Henri Cartier-Bresson ... and and and ... 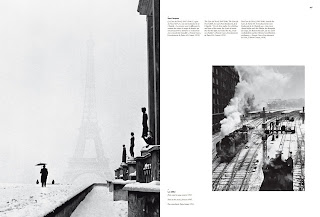 Good books invite you to make discoveries, and Paris, Portrait of a City is no exception. The Lithuanian born Izis (1911-1980), for instance, who arrived in Paris in 1930 and who defined himself as a "specialist of places where nothing is happening". Well, rarely do we seem more mistaken than when we are attempting to define ourselves, just check out at his extraordinary shots of "Lovers on the banks of the Seine, 1949" and "Fair, Place de la République, 1950", (pages 454 and 455). And, have a look at Ellen von Unwerth's "The Red Balloon, 2007" (page 575) and the various impressive pics by anonymous photographers.

Paris, Portrait of a City is a most useful historical document, both visual and textual. It makes us aware of how people and places once looked but it also instills in us a longing for things past.

It is not a tome that you read in one go (because of the wealth of information provided), it is a tome to again and again come back to.

Paris
Portrait of a City
Taschen, Cologne 2011
http://www.taschen.com/
Posted by Hans Durrer at 00:01