In 2002, I spent a semester teaching English at a private university in Fujian Province. It was a sobering experience and I nowadays look at China with a changed mind - the previously held romantic/philosophical notion has been replaced by images of Chinese daily life which, in my view, is a constant struggle and not much fun.


In China Memories I did however find yet another China. Sure, some of the photographs radiated a certain familiarity (although I hadn't visited the sites pictured in this tome), but there were many that introduced me to aspects of Chinese life totally foreign to me (dunes, camels, weddings etc.) – images that I find intelligently composed. 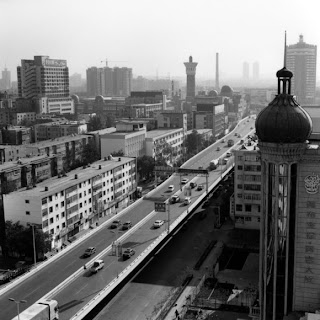 Marco Paoluzzo, born 1949 in Biel, Switzerland, studied at Vevey Photography School, and has published 13 books of photographs. China Memories is his latest and my first – Paoluzzo's work had so far escaped my attention. 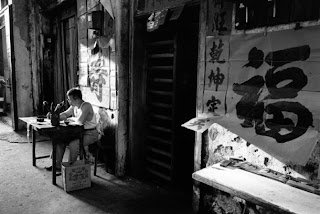 What I deem special about Paoluzzo's photography is his sense for composition; it is rare that photographs make me so aware of how thoughtfully a scene has been framed. 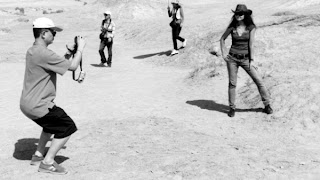 Paoluzzo's interest, I learn from his introduction, dates back to 1969 and was aroused by photographs that were taken before the Cultural Revolution by the Swiss photographer Emil Schulthess. In 2000, he published, together with photographers Ferit Kuyas and Edy Brunner, a tome on Shanghai. To commemorate the fiftieth anniversary of diplomatic relations of Switzerland and China, these photographs were displayed at the Shanghai Art Museum where Paoluzzi was to meet Feifei, who later would become his wife.

What characterises these Memories is that they show China in transition. Spending time with these supremely crafted photographs will make us aware of a land and culture that is about to disappear while showing us at the same time a fast emerging modernity. In Paoluzzo's words: "That was what I wanted to show – a lightening transition from one China to another." Marco Paoluzzo has done a wonderful job!