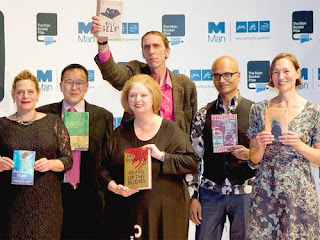 The other day, while surfing the net, I came across a word that was not only new to me (that happens often) but made me curious (that happens not so often): photobom. This is what The Independent had to say about it:


"Will Self may have missed out on his first Booker prize to Hilary Mantel, but he can take consolation in creating the best photobomb in the history of the Bookers. Which may not be too much consolation for losing the £50,000 bounty but it's, well, something.

Photobombing is defined by the ever-dependable Urban Dictionary as 'any time the background of a picture hijacks the original focus'.

In the photocall for the shortlisted authors, Self found himself holding his title, 'Umbrella', up like an actual umbrella behind Mantel's head, ensuring that when she comes to look at the picture on her mantelpiece in years to come. The memory won't be of Booker glory, but of her head nestling in the verbose genius's armpit."