When Emma Westerlund’s father was diagnosed with cancer, he was hospitalised in Jakobstad, a town of about 25'000, in Western Finland. On her visits to the hospital, Emma, a lecturer at the Department of Fine Art Photography at Novia University of Applied Sciences in nearby Nykarleby, thought that the greyish painted corridors through which she accompanied her father were certainly not conducive to uplift the patients' mood. At the same time she felt that her father, given the state he was in, wasn’t much concerned with questions of interior design.
In any case, Emma, interested in questions of photography and aesthetics, decided to do some internet searching on how the environment influences patients' recovery and came across the research of Britt-Maj Wikström, a senior lecturer at Karolinska Institutet in Stockholm, that revealed the beneficiary effects of art and art-related discussions on both the physical and mental functions of patients. 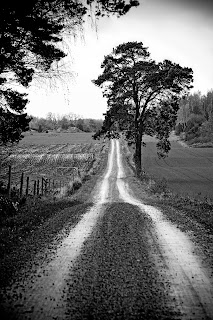 Apart from the occasional painting on the wall, hospitals rarely seem to invest in their aesthetic environment. As Emma states: „Often there is a visible lack of careful planning, holistic thinking and a pedagogical structure that would create an atmosphere that could make us feel better. Professor Wikström has researched the beneficiary effects of art on health for over 20 years, but according to her the research results are seldom put into practice. Both the health care and media industry have expressed a large interest, but so far no concrete projects exist.“
When Emma learned of renovation plans for the hospital in Jakobstad, she managed to convince the representatives of the health care unit to create, together with the Department of Fine Art Photography at Novia University of Applied Sciences, a hospital environment where aesthetics and art would figure prominently and thus allow for art to have the beneficiary effect that Britt-Maj Wikström had documented in her research.
Actually, one doesn’t really need research to prove that, common sense would do. However, since common sense isn’t all that common, and since authorities are usually unduly impressed by representatives of science (the application of methodology, that is), Professor Wikström’s credentials surely helped to convince the people in charge at the hospital to go along with the project.
Let’s get practical, here’s an example: people who visit patients in hospitals often do not know what to talk about, and neither do the patients. Now think of a well-selected picture on the wall. It seems rather obvious that such a picture could inspire a conversation. In fact, when Emma showed me around the hospital, what happened was just that: an elderly couple wandering through the corridors stopped in front of a photograph that showed a horse and the woman said: „Remember the stubborn horse we once had?“ 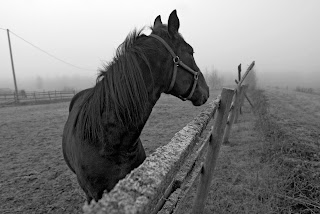 However, the aim of the project was not simply to inspire art-related discussions, it was much more. In the words, of Emma:
„1. Use art to create a better working environment for hospital personnel. This environment would stimulate positive thinking among patients and their relatives and visitors.
2. Visualise the role of the artist in similar projects. Professional artists, employees within health service and decision-makers need to be better informed about the potentially beneficial effects art has on our health condition.
3. Reach a broader intersectional understanding between culture and health care as a result of collaboration.
4. In the long-term, strive for preparing and forming a model regarding the undertaking of similar projects, which would be important for the region. The purpose of this project is/was the provision of information on the positive aspects of aesthetics and art in hospitals in general. This project is not just targeting one specific hospital, but we rather hope that it will motivate similar undertakings in other hospitals in the Nordic countries. A Nordic network on the topic is already forming as we speak.
5. Initiate a discussion on how we can help art students to see and take the opportunity to create a working situation for themselves. Artists can not expect full-time employment, but rather have to learn to realize their own potentials in combination with the needs of their surroundings.“

Needless to say, quite some planning was needed to carry out this project. Again in the words of Emma:
„Choosing a suitable art form was the difficult part since taste varies greatly in art contexts depending on the on-lookers’ experience with art. One of Maj-Britt Wikströms research results testifies that the individual’s personal choice of art is important for the positive impact art has on health. However, this was a practical problem. Our solution was a turning device that had double-sided pictures on it, and by presenting a number of different photographs on it we provided each patient the opportunity to somewhat choose the art presented in the room. The turning device was easily manageable in order to avoid putting an unreasonable work load on the nursing staff.
During the month prior to the closing of the ward for renovation, the staff distributed a picture questionnaire to about 100 patients and their relatives. The purpose of this poll was to give the people in the ward the opportunity to express what kind of art they would appreciate in the hospital environment. The questionnaire included 11 pictures representing different styles of photography. The respondents only filled out their age and their picture of preference.“

The project was eventually carried out in autumn 2008. One of my personal highlights, when I visited the ward in February 2009, together with Emma, were three photos in blue that showed (I didn’t see it until I was told) the sea and some trees. When one approached the photo, its shapes and forms started to take on different forms and shapes – and the nurses in the hospital were not only aware of it but enjoyed it. I asked the photographer if he had done it on purpose. No, he said, because most of the work was done in the computer, he only realised this effect later on, when the photos were hung. It goes without saying that this is one of the nicer things that a photograph can do: to show the photographer what he had not seen.

PS: As much as Emma Westerlund was the initiator and driving force, together with Britt-Maj Wikström, of all this, she sees it as the students´ project: „They took a lot of responsibility, I just assisted them a little... Through the process I wanted to keep my personal involvement of subordinate importance. Of course I told the students and sometimes also the media where the idea first came from, but at some point the idea of what art can do and how important it is that artists realize their own potentials grew larger than my first, entirely personal, feelings when my dad was ill.“
Posted by Hans Durrer at 09:26