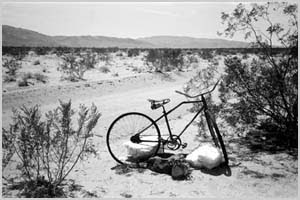 Photographs, in order to be understood, need captions - and these can of course be used manipulatively. Sometimes they are, and, occasionally, they lead viewers on to quite unexpected readings. The captions of a German hobby-photographer, who achieved some notoriety some years ago for having had his picture taken with prominent persons, read, for example, like "Should you have wondered who the guy next to me is, it is the Pope."

On 12 June 2005, the New York Times Magazine, published a cover article by Joseph Lelyveld entitled "Interrogating Ourselves" that, wrote Byron Calame, the public editor of the New York Times, "discussed the 'lies, threats and highly coercive force' being used to pry information out of detainees held in military custody. What caught my attention was the full-page photograph across from the title page of the article.
It was a color photograph with a mid-torso view from the rear of a person with wrists handcuffed. Below the plastic handcuffs, a red stain ran down from one wrist across the soiled palm onto the fingers. The credit at the bottom of the facing page: 'Photographs by Andres Serrano.' But there wasn't any explanation that the photograph had been staged. There was no caption. Four pages later, the same was true for the full-page staged photograph of water torture. The cover picture of a person with a sandbag hood also was identified only as a photograph by Mr. Serrano. For those who scrutinized the photographs, there was one possible clue that they were posed. The coloring of the backdrop in each photograph was similar. And a note in small type at the bottom of the contents page identified the artist who painted the backdrop for Mr. Serrano's cover photograph."

The problem is that hardly anybody ever scrutinises the photographs displayed in newspapers or magazines. And so we are constantly carrying images in our heads of which we do not know whether they depict something real or not. Is that relevant? In press photography it is. So what is there to do? A helpful suggestion was provided by David Travis, curator of photography at the Art Institute of Chicago in a letter to the New York Times:

"Because photographs by themselves cannot clearly separate reality from appearance, it is good to know as much as possible about how, when, where, and for what reason they were made. This is especially necessary for subjects that may be part of a national debate about the practices and direction of a country at war. The photographs by Andres Serrano that accompanied your recent Sunday magazine article 'Interrogating Ourselves' would have been better described by the simple credit line: 'Photographic illustrations by Andres Serrano'".

This should apply to all press photographs for without knowing that we are looking at a staged photograph we often cannot see that. Or, we might think a picture to be staged when it is not. To me, for example, the "Wonder Valley Bicycle" by the San Francisco photo-artist Emelle Sonh, shown above, seemed staged — however, it was not, as she wrote in an email to me

"It would be interesting to see if most people would say it is staged. My guess is that people who have lived for some time in the desert, for example, are familiar with such views, and would recognize it as quite likely not staged ... this is not to say someone at some time did not put that old bicycle in that spot but that is different than the photographer setting it there for the purpose of making a "staged" photograph. People have different capacities to believe the improbable ..."

I do not disagree ... yet, since most people have not lived in the desert for some time it would be helpful to include this information. For without being told what we are looking at we can only see what we already know.

Excerpt from my essay "Pictures with words", Soundscapes, Groningen, October 2008