Portrait of an Addict 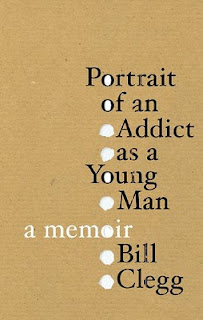 "This is the story of one of the most gifted, charismatic and successful young literary agents in New York and his catastrophic fall into full-blown crack addiction ...", the publishing company lets one know. For somebody like me who is not into such ridiculous superlatives (how would one measure such attributes anyway?) this is a bit hard to stomach. Then I looked at the back cover where Andrew O'Hagan (whose "Our Fathers" I had admired) is quoted as saying: "Anybody who knows anything about addiction will feel morally altered by this book." Well, it's probably the other way 'round for reading books will definitely not morally alter you. However, since nobody really knows what makes an addict change, I might of course be wrong and Mr O'Hagan's claim will revolutionise the treatment industry. Zoe Heller's judgement in The Independent is probably more to the point: "And it is hard for me to believe that anyone who knows anything about addiction will not be slightly bored by this book".

Don't get me wrong: Mr. Clegg is a fine writer (in fact: his prose alone merits reading this slim volume) and does a very good job describing the addict's mindset - the paranoia, the manic sociability, the hallucinations, the perpetual anxiety about getting the next fix, and so on - but the persistent repetitions of his drug-taking preparations and subsequent clean-ups: "I let my stem cool and wrap it in a wad of tissue paper. I gather two rocks and the remaining crumbs from the ashtray and put them in the mini zip-lock bag they came in. I ditch the towel, scramble into my clothes, and shove the pipe, bag and lighter into the front pocket of my jeans" are (Zoe Heller is right) rather tiresome - yet this book is still an excellent read, not least because it makes one (yes, I speak of myself) at times want to grab him by his coat, pull him back and shout: "No! Don't!"

Moreover, there are quite a few things to learn from this book: about New York City gay life - Clegg, who has a boyfriend, picks up guys by asking whether they party or orders male hookers; that crack use makes your contact lenses dry out, so that they pop right off your eyes; that there are - what a joke! - Harm Reduction Counselors ("which is another way of saying someone who helps you plan your alcohol and drug use, to get it under control."); that addicts "have antennae that can sometimes detect the kindred frequency of other addicts ..." and and and ...

But let me quote Zoe Heller (whose writing I love) again: "Thanks to a substantial savings account, he never had to steal or prostitute himself to finance his habit. He was never beaten up, or raped, or robbed. He lived out the grimmest period of his debauch in a series of expensive, modish hotels in downtown Manhattan. And when his money ran out, he entered rehab and got better. (He has since regained his health and will to live and is back to being one of the most gifted, charismatic, etc at William Morris.) The absence of any particularly exotic or extraordinary element in Clegg’s story is not, in and of itself, a mark against it. On the contrary, in an age in which the writing of memoirs seems to have degenerated into an atrocity contest, there is something rare and refreshing about an author who is content to confess such unexceptional miseries."

True, Clegg's rock bottom was still a somewhat comfortable one (if there is such a thing) but to call his miseries "unexceptional" seems, well, a bit of a stretch. The amount of crack he uses, the quantities of vodka he drinks, the erratic behaviour he shows, the anxiety he experiences, and the panic attacks he suffers, are undoubtedly extraordinary.

What drove Mr. Clegg to crack? Dwight Garner's guess ("a towering inferiority complex") in the New York Times is as good as any other guess ... but it is not more than a guess. Yes, a plausible one yet what we human beings think to be plausible needs not necessarily correspond to the complexity of human behaviour. Actually, Clegg himself comes up with a much better answer than Garner: "Why did I drink so much at L'acajou three nights ago? WHY, oh, Jesus Christ, WHY? I've asked myself the question hundreds of times in the harsh light of hundreds of mornings and, as always, there's no answer." As the biologist J.B.S. Haldane once penned: "The universe is not only much queerer than we suppose; it is queerer than we can suppose".

In sum: this is a most captivating book, and I highly recommend it. Not least because Clegg's descriptions of his drug-induced paranoia - he feels followed by men in cheap suits, cabs, and helicopters - are still, even days after I finished reading his memoir, vividly with me.

Bill Clegg
Portrait of an Addict as a Young Man
Jonathan Cape, London 2010
Posted by Hans Durrer at 22:04