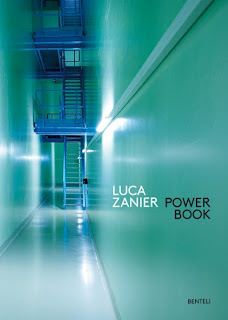 In this truly stunning book, photographer Luca Zanier, born 1966, offers us his view of the interior life of the power industry. We get to see pictures of the inside of nuclear power plants, gasworks, thermal power stations, an oil storage tank, an oil tanker etc.

The photos are aesthetically marvellous, the handling of angles and light captivating. Moreover, the format (27 x 37 cm) in which they are presented contributes considerably to the sense of wonder that the viewer will experience when looking at these pics.

To me, it felt like being in a science fiction movie. Without the captions (in the appendix) I would not have known that I was looking at parts of energy producing systems. What came to mind was Matthew B. Crawford's observation (in Shop Class as Soulcraft) that in our modern world we increasingly get less and less to see of the interior of complex machines.

Luca Zanier does show us such interiors. The effect his photographs had on me was however not so much educational but, strangely enough, rather made me feel like being on another planet.

There are two texts that accompany this impressive tome, one by André Küttel, the other by Bill Kouwenhoven. Küttel writes: "Abandoned worlds of concrete and steel reveal themselves to us, cathedrals of the modern age, temples of an energy devouring society that radiate a cold logic." I do not share his view. Cathedrals and temples are places of public worship and power plants are not. In addition, I not only hope but assume that these power facilities are manned and not abandoned.

In sum: an aesthetically exquisite achievement.

London, Portrait of a City 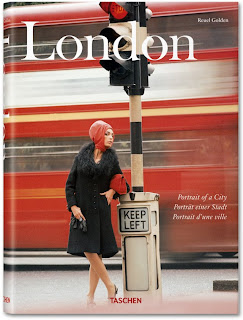 What I first noticed when opening this book was the mention "Captions written by Barry Miles" on the title-page. I thought this extraordinary and most appropriate (for it is often the captions that define our looking at photographs) and felt already determined to like this work - and I did and do!

The pics in this tome are not only by luminaries such as Eve Arnold, David Bailey, Cecil Beaton, Erwin Bischof, and Bill Brandt but mostly by anonymous photographers whose shots convinced me as much as the ones of their well-known colleagues, and sometimes more. 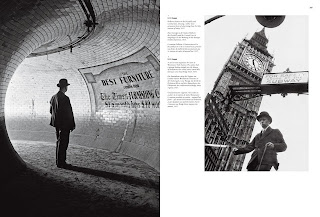 I learned, among lots of other things, that, in 1837, when Queen Victoria started her long reign, "London was the biggest city in the world by some distance, and the industrial city of the 19th century; it was described as a 'new system of living. Yet this was just the start ..."

In addition, you will find brief biographies of the photographers, a section called 'Recommended Viewing' that mentions movies from Michelangelo Antonioni's Blow-Up to Richard Eyre's Notes of a Scandal, followed by 'Recommended Listening' (I'm happy to report that David Bowie's The Rise and Fall of Ziggy Stardust and The Spiders from Mars made it on the list), and by 'Recommended Reading' that includes a tome by one of my favourite authors (J.G. Ballard) that I so far hadn't come across (The Drowned World). 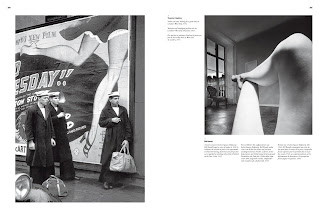 London, Portrait of a City is not only a book with an amazing variety of photographs, it is also an intelligently composed book - just have a look at the double-page spread above (the sailors were photographed by Thurston Hopkins, the nude woman by Bill Brandt).

In sum: compelling photos abound that invite you to make fascinating discoveries, lots of them!

Reuel Golden
London, Portrait of a City
Taschen, Cologne 2012
Posted by Hans Durrer at 00:01 No comments: 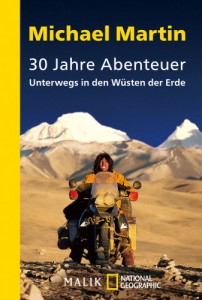 The Eyes of War 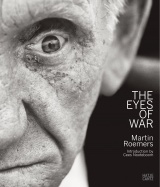 "This book is made up of inescapable stories and unforgettable faces, which are largely unforgettable because those faces can no longer see anything thermselves", writes Cees Noteboom in his introduction.

In 2004, Martin Roemers attended the D-Day commemoration in Normandy, France; he wanted to make portrait photographs of World War II veterans, one of these portraits was of Frederick Bentley whose story (blinded by a German grenade, left behind by his comrades, worked for thirty-three years as a mechanical engineer, inspecting machines by touch: "I had work, I married, and I had four children. I had a good life after the war") stayed with him and subsequently inspired this remarkable book.

It is not only the eyes that capture our attention, it is also the faces, faces that ressemble sculptures.

These men and women were photographed outside, sitting on a stool, against a black background. "A black background", writes Cees Noteboom, " is the same as no background at all, no distraction ...". Right, and so you look into faces that are images of a life. Some of them reminded me of death masks.

"It's easier to really look at someone in a photograph than in real life - no discomfort at meeting the other person's eye, no fear of being caught staring", writes A.M. Homes in 'The Mistress's Daughter'. I've always been very fond of this observation for it seemed so accurate. However, when looking into the faces of people who are blind I do sense, sometimes, a certain discomfort, it feels as if it is not right to look into their eyes. 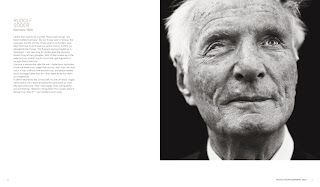 Some of the portrayed have their eyes closed, others do not have eyes anymore. And because of that I seemed to ask myself more often than usual what was going through their minds. The brief texts that accompany the black-and-white photographs of The Eyes of War gave me a good idea of what the stories behind the pictures were. From Rudolf Söder I learn that he "didn't even want to be a soldier ... was sent to Russia", where fragments of an artillery grenade got into his eyes and blinded him. 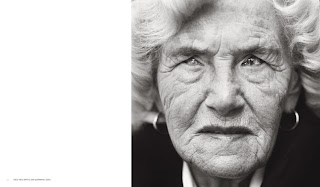 Sieglinde Bartelsen was fourteen when she for the last time saw herself in the mirror. In November 1944, she became victim of a British bomb raid."The ophthalmologist told me that there was a hole in my retina and that I had to lie absolutely still. I needed an operation. An English ambulance took me to the hospital in Göttingen. The road was full of impact craters, which meant that I couldn't lie still. In the hospital, they weren't able to operate on my eye because it had been too badly damaged by the bumpy road."

Martin Roemers
The Eyes of War
Hatje Cantz, Ostfildern 2012
Posted by Hans Durrer at 00:01 No comments: