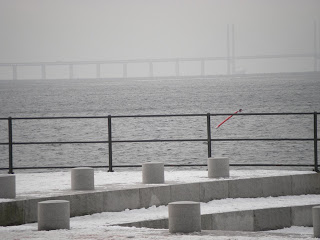 In the distance you can see the Øresund Bridge that connects Copenhagen and Malmö, the photo was taken in Malmö on 26 January 2013.

Sometimes you only realise afterwards what you framed. When taking this photograph, my focus was solely on picturing lines and I wasn't aware at all that the lone fishing rod on the railing was in the picture.
Posted by Hans Durrer at 00:01 No comments: 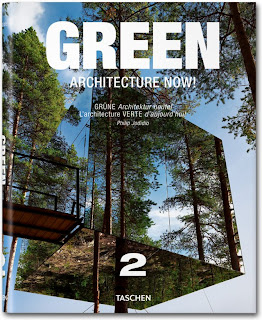 "Modern interest in the protection of the environment can easily be traced back to Rachel Carson's Silent Spring (1962) that documented the detrimental effects of pesticides and is sometimes credited with being at the origin of the environmental protection movement", I read in the introduction. Right, but what exactly distinguishes this green architecture from architecture? Solar panels and double glazing? Peter Zumthor and Bernard Tschumi? Well, the focus of green architecture is on sustainability, it is essentially concerned with environmentally conscious design techniques, I learn from Wikipedia. Moreover: "In the broad context, sustainable architecture seeks to minimize the negative environmental impact of buildings by enhancing efficiency and moderation in the use of materials, energy, and development space. The idea of sustainability, or ecological design is to ensure that our actions and decisions today do not inhibit the opportunities of future generations. The term can be used to describe an energy and ecologically conscious approach to the design of the built environment." 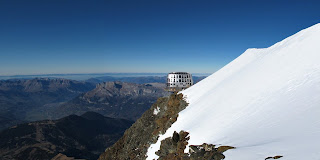 Well, labels are labels. Whether one calls such architecture green or sustainable or whether one simply calls it architecure, this tome provides lots of pics of truly impressive buildings  – just have a look at the Refuge du Goûter above. And, needless to say, the setting is likewise spectacular. 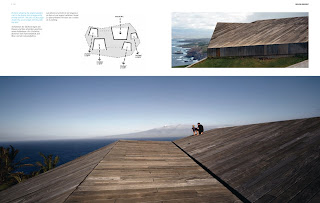 I especially love the pics of the angled wooden roof of the clifftop house and its apparently closed exterior for the feeling of the vastness of space that the so pictured roof radiates. In other words, it is the exquisite photographs in this tome that I'm mainly fond of.

Spending time with this book allows for discoveries to be made. One of my favourite designs is the Ananti Club Seoul. And the Yusuhara Wooden Bridge Museum in Kochi, Japan. And also Kroon Hall, the School of Forestry and Environmental Studies at Yale University ... not to forget the Gervasutti Refuge on the Mont Blanc that looks like a rocket from outer space ...

I wasn't always sure why certain buildings were included. For instance, I would have never thought that the Prime Tower in Zurich (sure, its colour is green) could be included in a tome on green architecture (doesn't location matter?) but then learned that it "uses a ground-water heat-exchange recovery from the building and refrigeration devices, coupled heating/cooling with heat and ice storage, and partially operable windows." 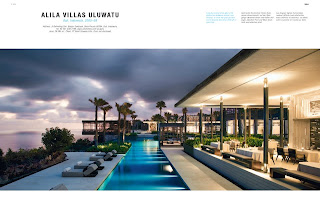 "This is no ordinary architecture book", the publisher writes, "it is an up-to-the-minute, irreverent survey of something we all care about: how to save the planet and build a greener future. Forget about categories and certainties, find out how sustainability can be fun!" I couldn't agree more. 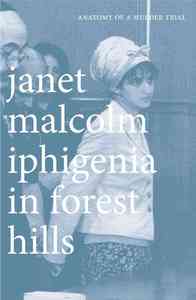 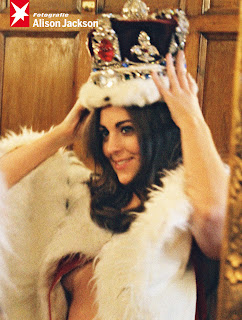 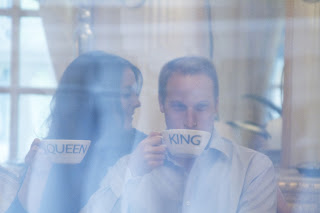 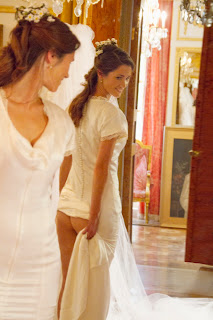 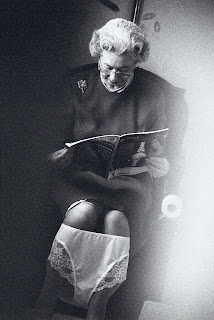 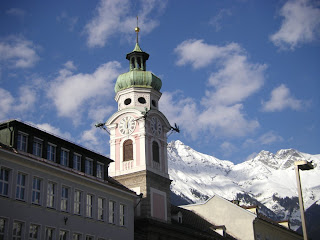 My mother became pregnant with me, at around this time of the year, in Innsbruck where my father received part of his advanced medical training. A good enough reason, I thought, to go and have a look at the place and so, on the last Sunday of 2012, I boarded the Austrian railjet in Sargans and arrived two and a half hours later in the Tirolean capital. 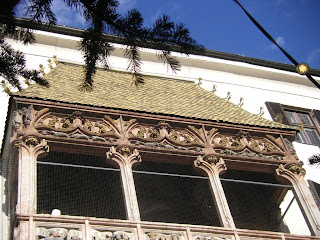 I have been to Innsbruck before (I do not recall when but it was many, many years ago) yet the only thing I remembered was the golden roof in the old town. I was not the only one heading for it on the Maria-Theresien Strasse that leads to this famous landmark, in fact, the street was packed with tourists, mostly Italian and Austrian could be heard. 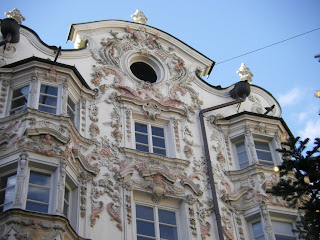 Although Innsbruck's population (as I learn from Wikipedia) is a mere 121,329 (1 January 2012), the feel you get when strolling around is that of a much bigger place. The wide avenues and impressive architecture that combine a variety of styles ("a classic Austrian hybrid of Gothic and Baroque", I read in a tourist brochure) seem to radiate a generosity of spirit not found in the cities of my native Switzerland. I'm of course not sure whether historians will agree on this yet that is surely what I sensed on this last Sunday afternoon of 2012. 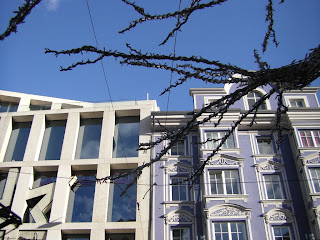 Is there anything else to be mentioned about the Tirolean capital apart from the fact that I was conceived there? No idea really ... but it surely felt good being there.
Posted by Hans Durrer at 00:01 No comments: