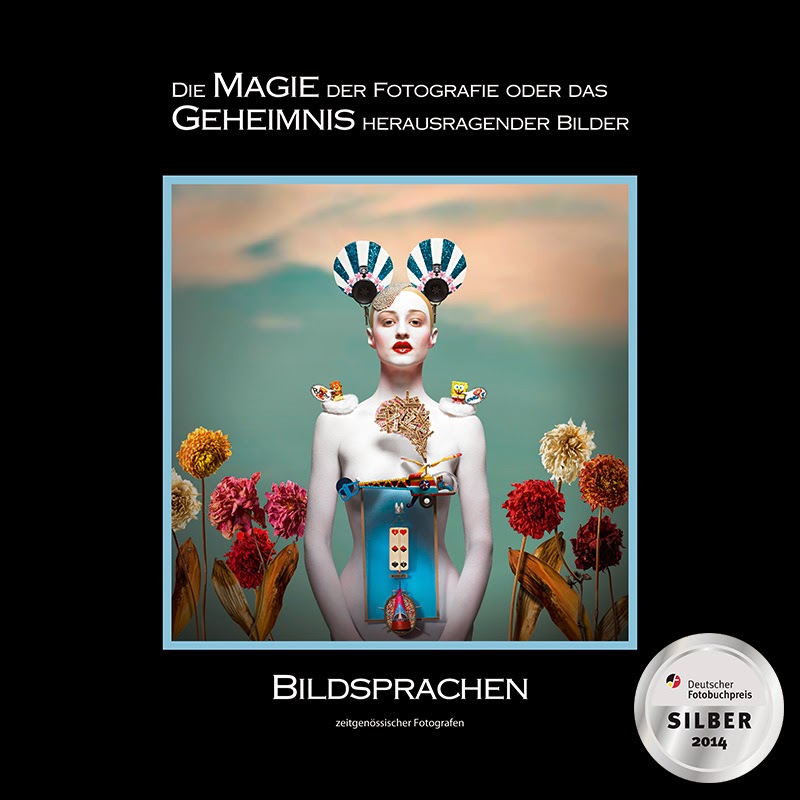 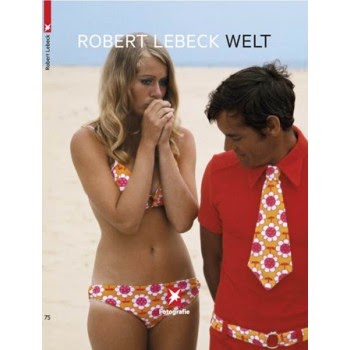 It doesn't happen often that, when leafing for the first time through the pages of a photo book, I'm so much taken up with what I'm looking at that I'm forgetting time and plunge into the world that is in front of my eyes. I'm not really sure why that is, I simply do then connect instinctively. To me, Robert Lebeck photographs as if he were painting. By this I mean that these images look arranged although I know them to be found - and that makes them stunning, exceptional, powerful. Moreover, given the fact that many of the scenes captured aren't extraordinary at all, this is nothing short of a miracle. 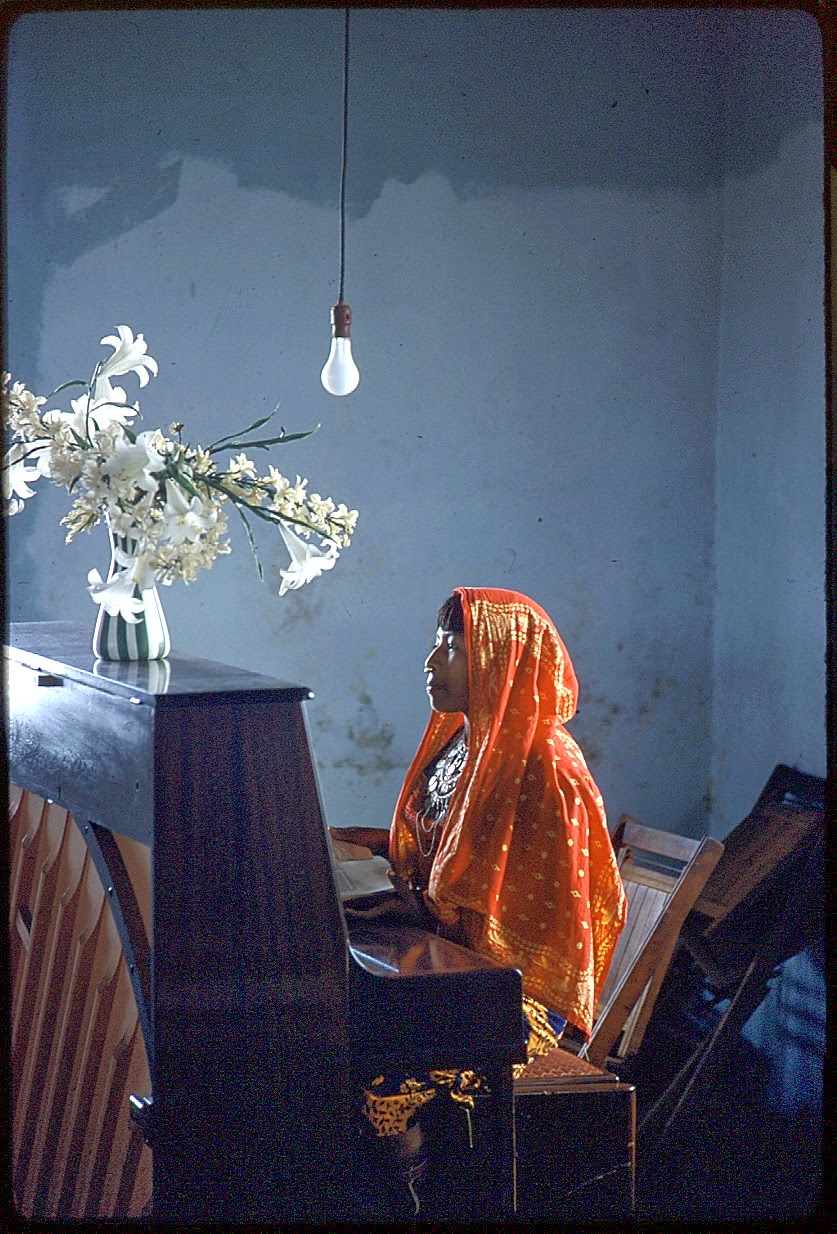 Once Lebeck was asked to photograph Claudia Schiffer. She was very young then and inquired  politely. "Mr Lebeck, how do you think we should do the photos?" After quite a while, he said: "I thought with a camera."

And then there's the pic of Romy Schneider, in Quiberon, by the sea, that is accompanied by words that reveal an attitude that I have lots of sympathy for: "I'm not one for unscrupulous point-and-shoot photography. I think it's important to respect motifs. I always photographed Romy Schneider, for example, so that she was not distorted and so that I could come back again - even in the rehab clinic in Quiberon, and even shortly before her death." 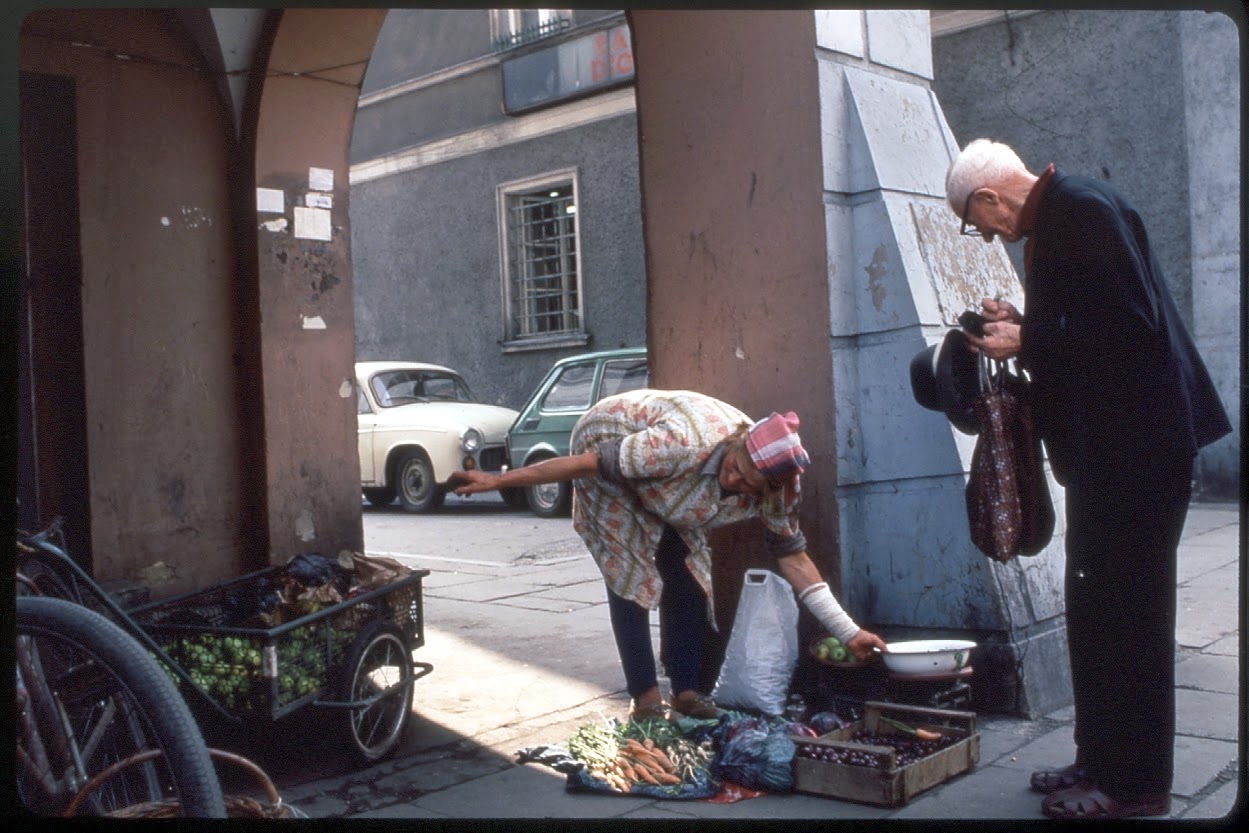 I thought it interesting to learn that Lebeck only in hindsight became aware that his photographs had something in common. "If you thumb through the colour photos of this book, you'll soon slip into Robert Lebeck's rhythm and eye. It is the rhythm of a stroll and a journey, and an eye that searches but doesn't stipulate", as Jochen Siemens put it.

Robert Lebeck's Welt is a truly rare tome. I say this because of the feelings his photos evoke in me. I do sense warmth and dignity, empathy and joy, meditativeness and pensiveness. 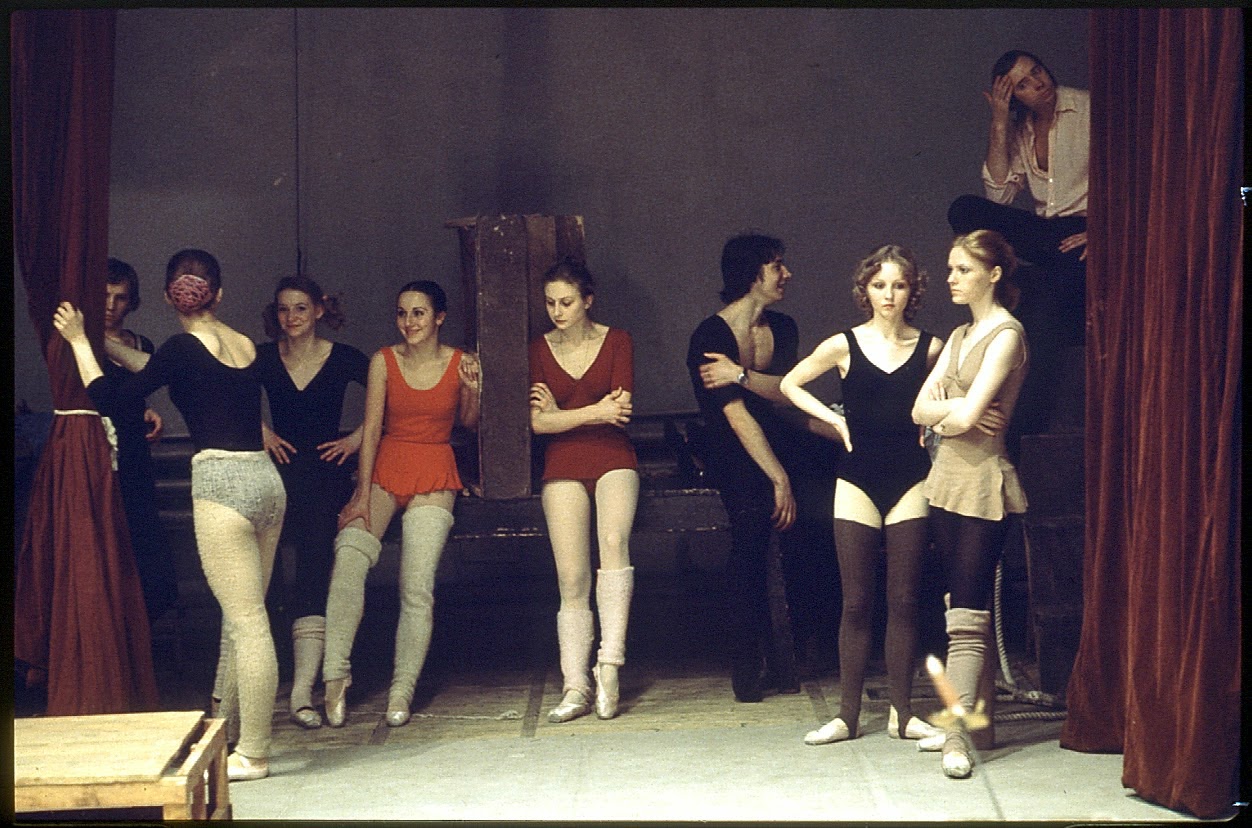 Robert Lebeck in his own words:
"The only photographic training I had was reading the operating instructions for my first Retina camera."
"A good photo is like life – multifarious, impressive and sometimes hard to take.“
"A photographer is an eye and a memory, that's all." 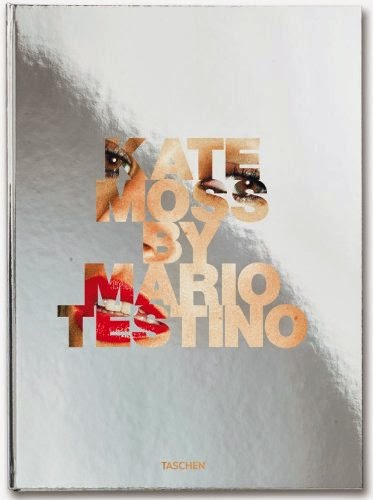 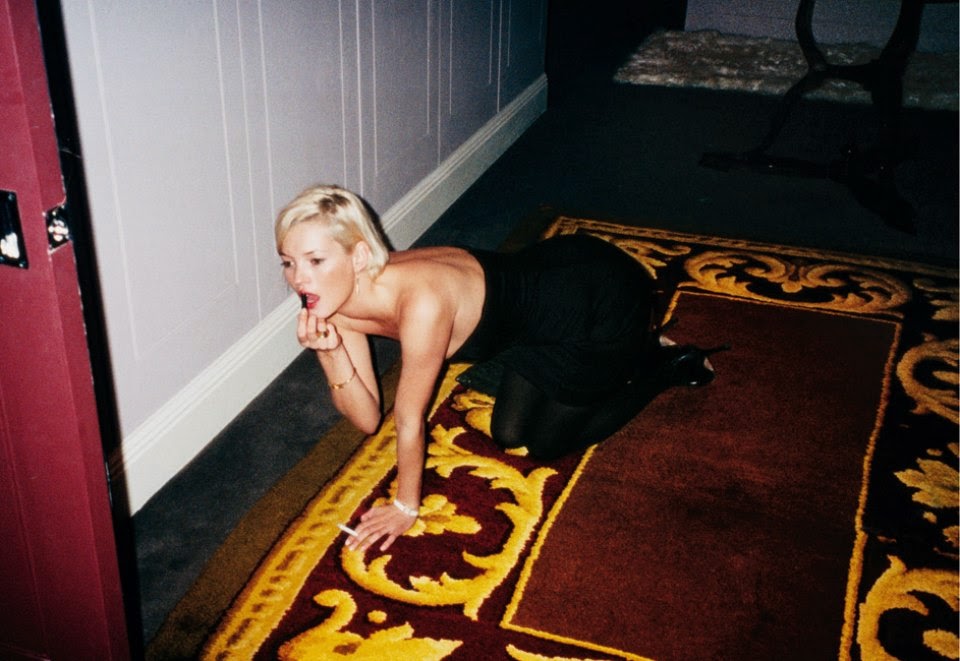 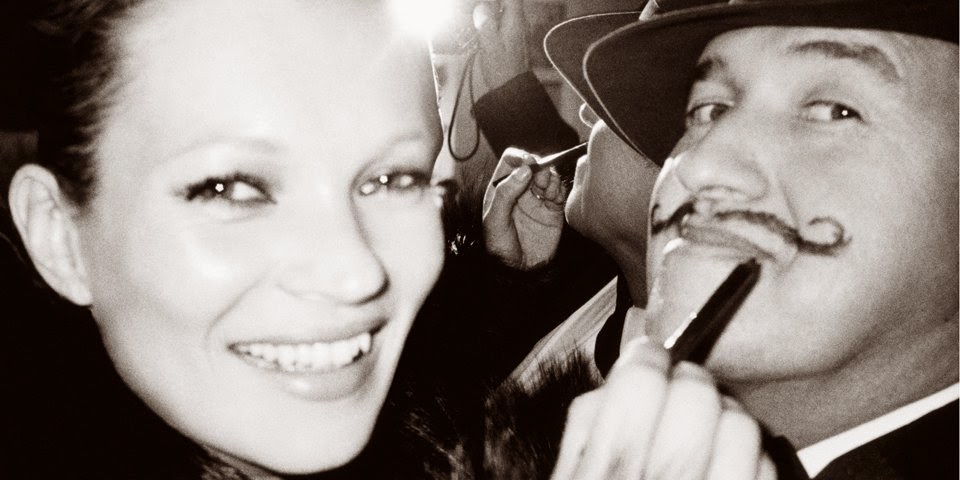 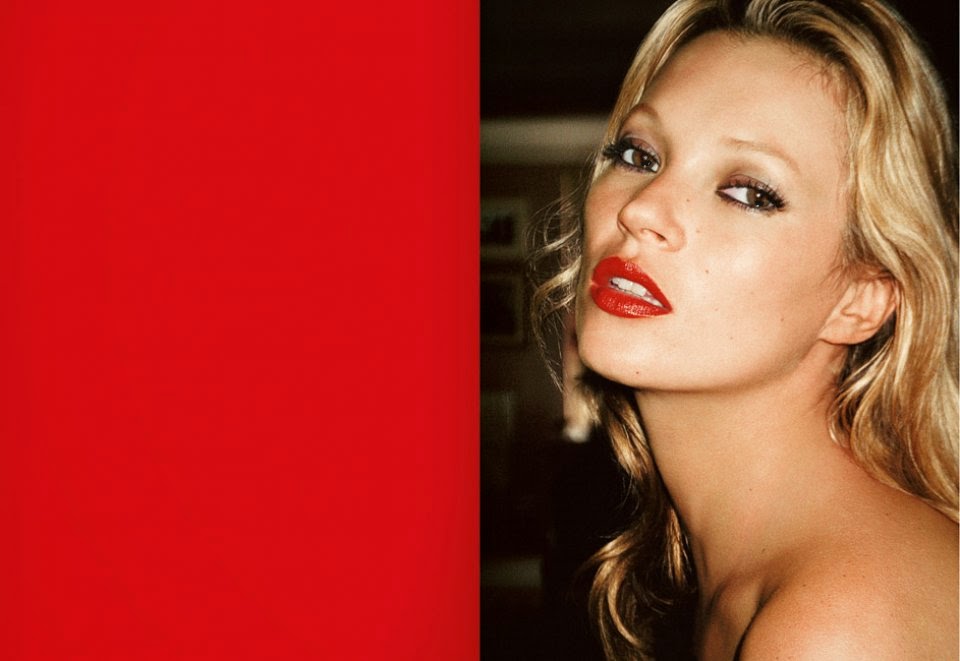 A photograph or a painting? 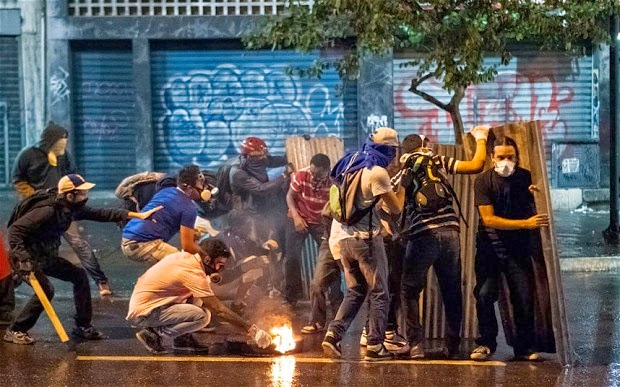 Sometimes, a photograph hits me instantly. It so happened with the one shown above. I felt reminded of a staged scene by Jeff Wall. But this picture was not staged, it was real. I assume that because I came across it in a newspaper. Needless to say that given all the modern tampering possibilities, this is probably not the most reliable indicator. Nevertheless, I've decided to believe that the photograph shown was evidence of what the photographer had observed during violent clashes in Caracas.

How come I was so fascinated by this image? Here are my guesses: it did not strike me as a current press photograph; it looked more like a painting than a photograph; there seemed to be some timeless quality about it ... and that I thought great and odd at the same time for a press photograph and timelessness rarely go hand in hand.

By the way, here's the newspaper-link.
Posted by Hans Durrer at 00:01 No comments: 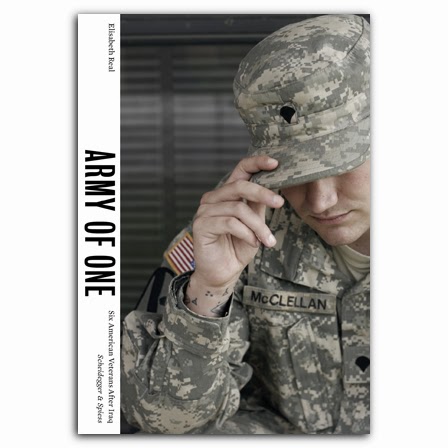 In Army Of One, Elisabeth Real, born in 1979, a freelance photographer based in Switzerland, tells the story of six American soldiers whose lives have been irreversibly altered by the war in Iraq, says the blurb. In the intro I however read that "this book tells the story of my brother-in-law and three of his unit comrades".

Here's how Elisabeth Real started off: "As a liberal European photo student, I don't understand why someone would join the Army voluntarily, to fight in a war that makes no sense to me, risking his life for no good reason." And so she asks Timothy McClellan, the brother of her future husband Erin, who at twenty-one had just become a father, the questions that were then on her mind. "What do you do all day when you're over there? Do you like being a soldier? Do you feel this war is necessary? Do you support Bush?"

More than 1 million Americans served in the Iraq war alone, 4,488 died while serving (this figure does not include the suicides in war or after returning), at least 114,000 cilvilians were killed, high rates of post-traumatic stress disorders, a disturbing rise in homelessness among veterans are some of the consequences of the Iraq war.

"This project is an attempt to break down all these numbers and statistics and focus on the single soldier ... I wanted the veterans to understand that they owned their testimony and that this project was a collaboration." And this is precisely what the book is all about: it gives an account of what is on the minds of these veterans. 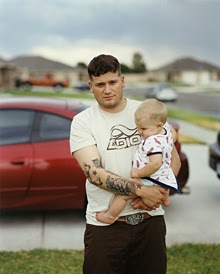 Take Timothy McClellan for instance. He joined the army because his grandpa, who was his idol, was in the Korean War. And also because the army would pay for college. That sounds so terribly banal that ...  well, why should I be interested in such a guy? Because he has gone through what many others will not go through? That is certainly true but is that enough for interesting reading? I'm not so sure and readily admit that quite a lot I read in this work I didn't think worth telling ... yet again and again I came across passages that I've found most revealing and a devastating critique of the official war-rhetoric:

"I didn' really think of anything as I was shooting them. Just that they were targets. I looked at it just like it was training. I've never thought about his family or anything or what his life was like or what it would be like if I let him live, I don't worry about that stuff, I just do my job."

"... I spent about three weeks in Fort Hood waiting to go on leave. You just go through reintegration training during that time. They give you classes, like, don't beat your wife, don't beat your kids, be patient, don't shoot anybody, don't drive on the wrong side of the road, you don't have any authority anymore ...Stuff like that. It's common sense! Some people just don't get it, that they can't pull a gun on anybody they want anymore; they can't treat people like they treat Iraqis, but some people have a tough time. I did experience that fellow soldiers have stepped over the line and were more brutal and abusive than they should have been, yeah, but I don't want to talk about it."

"I love America, you know. I am a patriot. I want the best for America, but I don't feel like anything I have done has made it any better. Some people say they joined the Army because they want to serve their country, but I don't think they really did. I've never met anybody who actually said that."

Looking at pictures like the one of the street scene of Killeen, Texas, or the swimming pool below reminded me of my time in 29 Palms, California, home of the Marine Corps Air Ground Combat Center where soldiers like the ones portrayed in Army Of One went through training for the war in Iraq. Seeing these guys in supermarkets or fast food joints and imagine them soon being sent off to Iraq (and probably not coming back alive) felt very weird: they all seemed so regular sporting their tattoos and munching their nachos - very much like the ones in this book. It is the combination of pictures and stories that gives Army Of One a somewhat surreal aura - only that it is in fact very real.

Elisabeth Real
Army Of One
Six American Veterans After Iraq
Scheidegger & Spiess, Zurich 2013
Posted by Hans Durrer at 00:01 No comments: