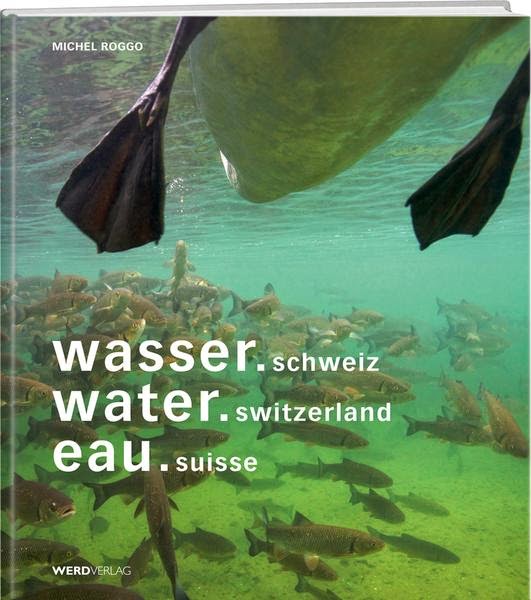 "Water is clear. Or cloudy. Sometimes blue, then milky white. Water can be very varied. But one thing is certain: without water we are nothing. Water is life. It is essential for humans, animals and plants. An invaluable elixir of life. And, it is very exciting under the surface ...", writes Thomas Vellacott of WWF Switzerland in his foreword to this delightful work of discovery by photographer Michel Roggo.

"Water is life" is one of the sentences one often gets to hear but one not very often thinks about. I, for one, take water simply for granted. From Michel Roggo I learn that environmental standards in Switzerland are high but so is water consumption. "It wouldn't function for long if everyone on Earth would consume as much." 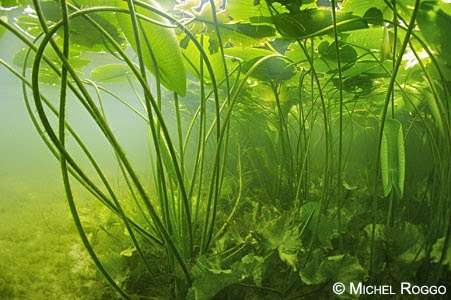 "Actually, I'm quite afraid of water", Michel Roggo is quoted in an interview that is part of water.switzerland. A somewhat astonishing remark for an underwater photographer who started taking pictures at the age of thirty. For many years, he did not go into the water itself, but used a remote control system, "In simple terms, I would sit on the shore, position a housing with a camera in the river and blindly take photographs using a remote control." What made him do that? "The idea behind this was to capture the underwater landscape with as few external influences as possible. A diver with camera interferes with the natural motion of the underwater world."

I increasingly warm to such an approach – to place the camera into a suitable spot and have it record what is unfolding before it. As Christopher Isherwood once described his writing: "I am a camera with its shutter open, quite passive, recording, not thinking." 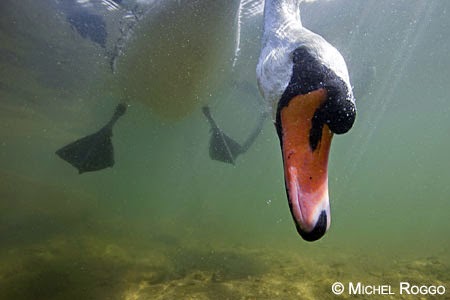 Two years ago, at the age of sixty, the opportunity arose to go for a Baikal expedition and so Roggo took up diving and thus expanded his possibilities of shooting underwater pictures.

The book is divided into chapters by water types – staring with water compressed in the ice of glaciers, followed by peat bogs that on the surface appear black but underneath also red, yellow, and orange. Then there are pictures of rivers, springs, lakes, gorges, underground streams, mountain lakes and more.

Although this is a picture book and not a textbook, the information provided is extraordinarily useful. The chapter entitled "in gentle meadowland", for example, lets the reader know that "an insignificant meadow stream can hold  an unexpected abundance of life, such as masses of fish during the spawning season. Or swaying fields of plants. And most certainly aquatic insects, whose larvae live for months on the streambed before they hatch and rise from the water for their wedding dance." 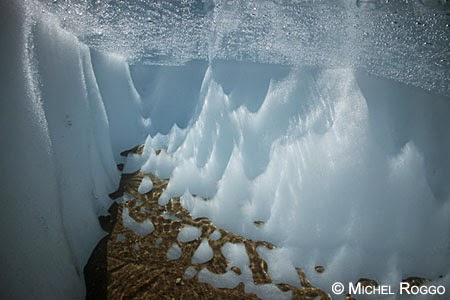 "My goal is to encourage people to discover the water environments in their surroundings, as they can be astonishingly varied under the surface. I see myself as a sort of proxy for those people who don't have the opportunity to explore the underwater world themselves", says Michel Roggo. He's done a truly excellent job, I'd say.

It looks simply wonderful; and I can attest being under the water and looking up "into" nature, is grand.